Despite data from Realtor.com not indicating any additional sales in 2017, luxury real estate market inventory remained robust amidst a shortage in the low and mid-priced levels. In fact, an average luxury home last year remained on the market for 116 days, which reflects an increase of 5.3% year-over-year from 2016. 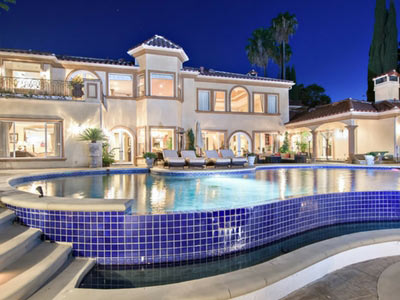 According to a report from Zillow.com, the value of the entire housing stock in the United States increased by 6.5% or around $2 trillion in 2017 – the fastest gain in home values since 2013.

The housing stock is not the only thing seeing increases. The national luxury entry point also increased by 5.1% in 2017 compared to 2016 to $804,000, and the national median sales price also saw an increase, rising to 6.9% year-over-year. This growth shows a 1.8% boost.

Javier Vivas, director of economic research for Realtor.com, states that, despite the figures, 2017 was a strong year for luxury home buyers. “Although 2017 was another strong year for the luxury housing market, it was outperformed by the U.S. market overall,” he says in an emailed statement to real estate news source inman.com.

He continues, saying, “Age of inventory in the top 5 percent of the market slowed significantly over last year — a telltale sign that the luxury sector as a whole has weakened. Much of this slowing can be attributed to a wider selection of luxury homes for buyers and increased uncertainty over the last 12 months.”

Markets that performed exceptionally well in 2017

Luxury markets in states such as California, New York, Colorado, and Hawaii fared exceptionally well in 2017, seeing price gains in the double digits. Eagle, CO, Kings, NY, and Maui, Kauai, Hawaii and Honolulu counties all had a growth in home prices exceeding 20 percentage points, which resulted in average home prices that range from around $1.7 million to $2.4 million.

Compared to 2016, areas such as Seattle, Brooklyn, Marin, and the Bay Area also reflected a 12% to 30% growth. These areas are now included in the top 10 fastest-growing primary home luxury markets in the US, which is largely attributed to new development sales and soaring demand from Chinese buyers. 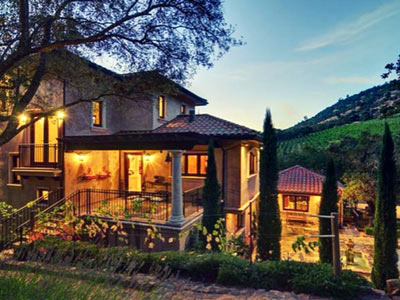 New York was first on the list of highest sales prices, with a median of $5.2 million. That is $1.9 million more than San Mateo, CA, which was the second most expensive market.

However, half of the top 10 areas with the highest sales prices were all within California, however, due to multi-million homes in Marin, San Francisco, Santa Clara, and Santa Barbara, which were all above $2.47 million.

What to watch out for this year

According to Realtor.com, luxury homeowners in 2018 need to watch out for the Tax Cuts and Jobs Act, which limits mortgage interest deductions to $750,000 and prohibits homeowners from deducting interest paid on vacation properties.

In addition, buyers in expensive, high-tax states, such as California and New York, will need to find the perfect balance between opting for state and local taxes and property taxes since state and local tax, or SALT, deductions are now capped at $10,000.

Subscribe to my blog to get the latest news about the Napa luxury real estate market. If you’re looking for the finest Napa real estate or luxury house for sale in Napa CA, you can get in touch with me at 707-738-4820 or send me an email at [email protected]