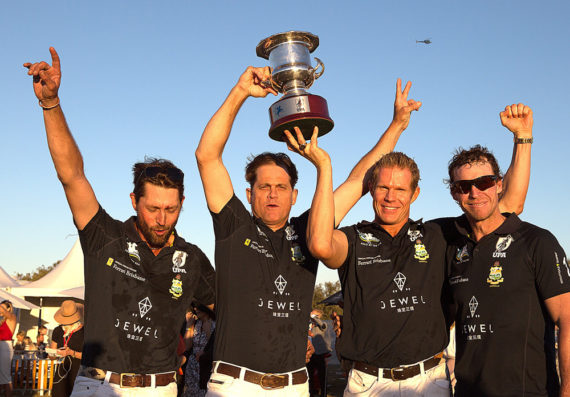 Australian real estate broker Bernie Uechtritz is known as the “go-to guy,” “the fixer and the rainmaker.” Even before he smashed real estate records last year (more on that, in a moment), he developed a niche in the unique by selling challenging properties often deemed impossible to sell by other brokers.

Cementing his reputation for selling the unsellable, Bernie made history in 2016 with the record-breaking sale of the W.T. Waggoner Ranch in Vernon, Texas. With a listing price of $725 million, this was the largest ranch sale by price and acreage in U.S. history.

BERNIE UECHTRITZ: THE FIXER AND THE RAINMAKER

Bernie Uechtritz rose to real estate stardom in the mid-1990s, when – still in his 20s – he cold-called the lawyer for the Jose and Kitty Menendez estate wanting to list the much stigmatized “Menendez Brother’s” Calabasas California Mansion. After sitting on the market for five years with other brokers, Bernie launched a marketing campaign that targeted affluent buyers from around the world and, within three months, the property sold for $1.325 million.

In 2011, on the day the Dow dropped by 500 points, Bernie sold the iconic but troubled and bankrupt “Camp Cooley” Ranch in Robertson County Texas. At the time, this was the largest ranch sale by price in Texas history. The sale earned Bernie the “Deal of the Year” by The Land Report.

Through these sales and many others, Bernie developed a specialty in selling unique – and sometimes controversial – properties under challenging circumstances. His expertise in luxury and ranch real estate markets stretches across the globe – from cattle stations in Australia to celebrity homes in Beverly Hills, as well as reclaimed mining land and oil and gas assets throughout Texas.

This wealth of experience would prove vital for Bernie’s biggest deal yet, a sale that would literally make history.

THE DEAL OF THE CENTURY

The ranch had been in the Waggoner family since 1849. Beginning in the early 1990s, family members entered into a dispute over its future – putting the ranch in legal limbo for more than two decades. With no amicable solution in sight, many believed the Waggoner Ranch would never go to a private sale.

With an auction looming, threatening to split the ranch in pieces, Bernie swooped in with an impressive offer: a potential private sale price of $550 million and a marketing plan that would attract a global audience. The auction was now off the table.

Bernie Uechtritz was the man for the job, and he delivered exactly what he promised and more. The final listing price was set at $725 million. Thanks to an unprecedented multimedia marketing campaign designed and implemented by Bernie in January 2015, the Waggoner Ranch gained attention worldwide – culminating in a highly competitive process with four final bidders.

Ultimately, the shareholder families and estate trustees gave final approval to billionaire businessman Stan Kroenke, owner of several sports teams, including the L.A. Rams and the north London football team Arsenal. Kroenke also has a Napa Valley connection, as the owner of the cult winery Screaming Eagle. In addition to his substantial financial resources, Kroenke’s intention with the Waggoner Ranch was to conserve the land, not allowing it to be developed. The deal on the ranch closed in February 2016.

Bernie is also an international real estate adviser to Briggs Freeman Sotheby’s International Realty in Dallas. He is the leading individual Ranch Broker nationally and in Texas, currently marketing five of the state’s top 10 ranches for sale by price. His current public listings range from $34 million to as high as $250 million.

Bernie is the number one real estate salesperson in all of Sotheby’s International Realty, which includes more than 18,000 agents and 800 offices in more than 85 countries, including Australia, New Zealand, the U.S. and England.

Raised in Papua New Guinea, Bernie was the eighth of 11 children and comes from a pioneering family known throughout Papua New Guinea and Australia. He is an avid player of polo and polocrosse (lacrosse on horseback). As a native Australian, Bernie learned about the value of land and ranching from riding miles of fence lines, breaking horses, breeding cattle and managing over 500 plantation workers daily across thousands of acres of cocoa, coconuts and oil palm in Papua New Guinea.

Bernie has four children, he is an exceptionally loving and extraordinary father, and therein lies his greatest achievement to date. He shared videos of his upbringing in Papua and New Guinea with me and I was spellbound by the love and camaraderie of his family. I wanted to know more so I later delved into a little research on his life, I found this wonderful comment he made in an interview that truly sums up the man I have come to know and work with. “I’ve always been an out of the box kind of guy. I’m really just a mongrel-bred kid from a colorful family, who had a wild, adventuresome youth in the jungles and kunai grass plains of Papua New Guinea (PNG). I was never a good scholar or a rule follower because I’ve never been good at sitting still or staying in the lines.”

Bernie has lived in the U.S. for almost 30 years and currently resides in Dallas, Texas, with his wife Annie. How ironic, as an Australian and Sotheby’s International Realty specialist in luxury estates and vineyards to be working with him in the US on the sale of two of his iconic Listings, Barefoot Ranch in Athens, Texas and The Reserve, in Sulfur Bluff, Texas.