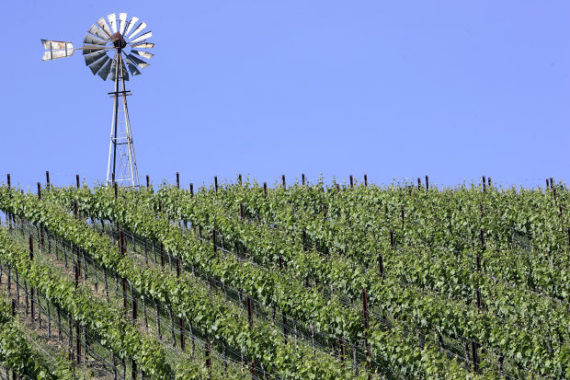 In March, I wrote about Stagecoach, the World Class Napa Valley Vineyard purchased by Gallo for a reported $180 million, which I later found out to have a significantly higher sale price. Stagecoach is the largest contiguous vineyard in Napa County. With this purchase, Gallo, one of the largest wine companies in the world, is now one of the largest owners of premium vineyards in Napa county.

Gallo is the owner of several other Napa producers, including the Orin Swift brand, which it purchased last year. Gallo has owned William Hill since 2007 and Louis Martini since 2002. In 2015 the company acquired the 70-acre Ranch Winery on Zinfandel Lane in St. Helena, which has a capacity to custom crush 30,000 tons, bottle 4.6 million cases and store roughly 8 million gallons of wine. They also acquired, in separate deals, more than 250 acres of vineyards in Pope Valley.

One of the most significant purchases in Napa closed roughly a year and a half ago when Australian wine company, Treasury Wine Estates, bought Diageo’s U.S. and U.K. wine business for $600 million, putting Treasury at the helm of Napa Valley stalwarts like Beaulieu Vineyard, Sterling, Acacia, Provenance, Hewitt and others.

Driving up demand for Napa Valley vineyard properties is the consumer preference for higher-end wines. According to the Napa Valley Register: “As the average wine drinker has gravitated from less expensive wine toward the premium and luxury segments, large producers like Constellation and Gallo have followed suit. To keep ahead of the demand, they have bought considerable footholds in the Napa wine industry — a trend experts say is bound to continue.”

With an already limited amount of acreage, large purchases like Stagecoach create even more scarcity of vineyards. One potential negative impact of consolidating Napa Valley vineyards, is the effect the large acquisitions have on smaller wine producers, as grapes become more difficult to source and more expensive to buy.  For example, Stagecoach has been selling grapes to 90 wineries producing premium wines.  These smaller producers will need to find another source for their wines now that Gallo has acquired the iconic property.

Kendall Jackson has also been on a buying spree, although not all here in Napa Valley.  Read more about the ‘Trickle Down Effect’

If you’re interested in Napa Valley vineyards and wineries, luxury estates, vacation homes and resorts that are not on the open market, you can reach me at 707-738-4820 or[email protected].