The highs, lows, and whys of Napa’s great grape harvest of 2018 (and what it means for you).

Napa Valley grape prices continue to soar, along with the cost of farming. But how long will these price hikes go on for? Perhaps just as long as the stock market continues to make us feel like we are waking up in a casino every day. The price vintners pay per ton for grapes is, of course, ultimately reflected in the price point of bottled wine and wines by the glass that we love to enjoy.

Earlier this month we welcomed the publication of The Crush Report for 2018. The report, compiled by the USDA and the California Department of Food and Agriculture, was delayed by the early 2019 government shutdown, so its results were eagerly anticipated. As it turns out, this one was well worth waiting for, with great news for the Napa winegrowers.

The statewide tonnage totals reflected a 6% increase overall, with Napa’s growth reflecting a whopping 29.6% increase locally. Overall, there were volume increases in both red and white varietals, along with price increases for wine grapes, table grapes, and raisins.

The two most popular varietals produced in California were Chardonnay and Cabernet Sauvignon, with 16% and 15% of the state’s crush respectively. While Sonoma/Marin dominated the Chardonnay market with more than 88,000 tons (as compared to Napa’s 29,874 tons), the average price per ton (ppt) of Chardonnay in Napa rose slightly to $2,841 in 2018.

As for Napa’s signature red grape, Cabernet Sauvignon, growers also saw an increase to $7,800 per ton, up from $7,449.29 in 2017. Production increased tremendously to more than 89,000 tons, a 33% increase over the 2017 production. This increase in both production and price was a hugely positive takeaway from the report.

The increases in production for the 2018 grape harvest were attributed to “pristine growing conditions” in Napa, yielding a notably larger crop than the previous few years. The numbers also contribute to an ongoing discussion about the dominance of Cabernet Sauvignon in the Valley and its impact on the way Napa relates to the California wine market as a whole.

One of the hot topics currently being debated in wine circles here is whether Napa growers depend too much on the Cabernet Sauvignon grape. Some local industry experts look to the inclusion of other varietals as a factor in risk mitigation should Napa experience a “cold vintage,” a colder growing year resulting in later harvest and slower ripening, which could impact production and distribution schedules. 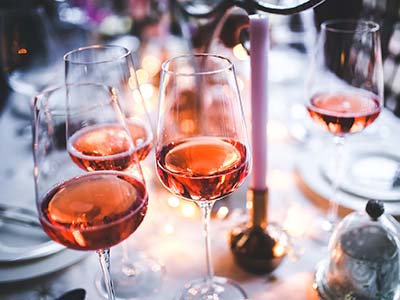 One of the biggest drivers of the rise in global wine consumption is the ubiquity of rosé, the fastest growing retail wine category in the US. A long-time standard in French wine, rosé has seen widespread adoption in the last few years, especially in markets with year-round mild weather or as a summer drink of choice in colder climates.

The addition of this new, growing category of wine production dominated by Napa vineyards is, no doubt, a positive sign for a continuing rise in production and prices in the years to come. Since it is such a young category among US growers, Napa’s early dominance would suggest tremendous potential, especially among younger wine aficionados.

Looking Ahead to the Napa Grape Harvest in 2019

We are already looking ahead to this year’s growing season, with bud break having taken place in the valley beginning in March. Compared to last year, bud break came about a week and a half later due to major winter rains that saw an average of 35 inches of precipitation between November 2018 and February 2019.

Growers concerned about too much rain have found that the unusual amounts have been absorbed already, indicating that the extra rainfall was needed. With full reservoirs and nourished cover crops, hopes are high for another stellar growing season.

Where You Can Learn More

Looking for more information about the state of the Napa wine industry? Be sure to check out my newsletter featuring the 2019 State of the Wine Industry Report by Rob McMillan, Founder and Executive Vice President of Silicon Valley Bank. It’s always an interesting and informative read. I was especially interested in Rob’s seven headwinds and seven tailwinds and their impact on the future of Napa’s wine industry.

You’ll also find my podcast interview with Bernard Lauper, CEO of McCorkle Insurance, there. Find out about the challenges currently facing high net worth buyers and property owners as they seek to insure new and existing high end properties.

Interested in your own piece of the Napa lifestyle? Consider this exquisite estate property at 1871 Cabernet Lane in St. Helena featuring .75 acres of Cabernet Sauvignon with an additional 1.75 plantable acres, all adjoining two 100-point wine-producing vineyards.