A bountiful  harvest in 2016 made for an exceptional year here in Napa Valley. The value for agricultural production broke records, and nearly all of the revenue comes from the Napa County grape harvest. Here are the numbers you need to know:

Last year, Napa County had more than 43,000 acres of producing vineyards, which is equivalent to:
· 67 square miles, which is almost 4 times the size of the city of Napa

Napa Valley is known for growing the best Cabernet Sauvignon in the world, and the numbers in the 2016 crop report reflect that. Cabernet was the county’s highest yielding grape in 2016, and it also received the highest price per ton.

While grapes dominate in Napa Valley, the county’s 2016 report includes additional categories in agriculture. Categories that decreased in value were impacted by the drought. 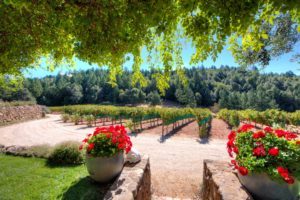 What an amazing year for Napa Valley. With a record-breaking three-quarters-of-a-billion dollars, the 2016 Napa County grape harvest proves that agriculture can remain the dominant industry of Napa County – which is valuable to everyone who lives here, grape growers and non-grape growers alike.

If you’re interested in Napa Valley wine country properties, I have access to some extraordinary wineries, vineyards, estates and homes that are not on the open market and would be delighted to help you find your dream wine country property. You can reach me at 707-738-4820 or [email protected].