I was fascinated to read the story of the Young Family in Alexander Valley, who have been planning for the next generation to assume leadership of their winery. Young Valley Winery has been family-owned since its founding in 1859, making it one of the oldest continuously owned family wineries in Sonoma or Napa counties. The business is governed by a board of directors that includes both the younger and older generations, which acts as a vital tool for passing on leadership of the family’s 317-acre vineyards and ranch. Including younger family members in business leadership is just one of the strategies high-net-worth individuals should consider in their succession planning. We’ve all heard the phrase, “If you fail to plan, you plan to fail.” Financial complexities, tax and estate planning, and the human elements of running a business all affect how high-net-worth families can preserve their legacy for future generations.

Just how long can a business or legacy last?

Around the world, there are about 5,500 very old companies defined as 200 years or older. Some are very much older. Kongo Gumi, based in Osaka, Japan, is considered the world’s oldest continuously operating company. It was founded in 578 to build a Buddhist temple and continues to specialize in building Buddhist temples, employing about 100 people, with an annual budget of $70 million. If you’re in Salzburg, you may want to visit the restaurant in St. Peter’s Archabbey, Stiftskeller St. Peter. Founded in the 7th century, the restaurant says it has served Mozart and Christopher Columbus, among many other acclaimed patrons.

Do family-led enterprises have advantages over others?

Not every family-involved enterprise fits the description of “family-owned business” like the Young Valley Winery. Families that have multiple financial interests do seem to have advantages over other business models. Family-led enterprises seem to have strategic advantages, stronger values, and a more entrepreneurial attitude than non-family led organizations.

Family-owned businesses in the United States create 64 percent of the GDP and fuel 78 percent of new job creation, according to Family Enterprise USA, a not-for-profit business support and advocacy organization. The Conway Center for Family Business says about 35 percent of Fortune 500 companies are controlled by families.

Think of the names associated with great legacies, such as Rockefeller and Ford. We may smile to hear about some of the 21st-century families who have built legacies, but I’m fairly certain that Forbes’ youngest female billionaire, Kendall Jenner, will ensure that her descendants will benefit from her wealth building just as she benefited from the entrepreneurial achievements of her parents and older siblings.

I’ve found that one key to succession planning mentioned in nearly every guide or case study is “flexibility.” When planning to pass on real property, money or businesses to younger generations, flexibility is often named as one of the top, if not the top, factor in the process. But the way families and businesses often work makes being flexible a challenge.

What are the odds of family success in passing on legacies to future generations? 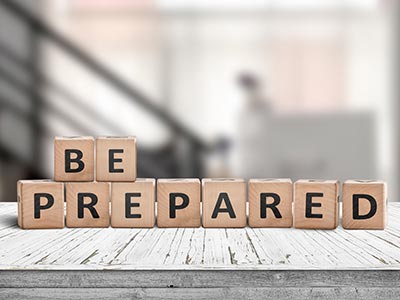 Two experienced high-net-worth family business advisors offered some advice recently in the Harvard Business Review that was on point about succession planning in family enterprises. They fictionalized a true story about a fourth-generation family member who was assuming leadership of a family-owned manufacturing business.

When the 35-year-old great-grandson of the founder learned from his father that, in accordance with family tradition, he had become CEO and gained control of the business, he immediately set about making changes. He replaced some long-time board members without consulting his siblings. The end result? Lawsuits, infighting and a business downturn.

You may not have single-business ownership to pass on, but a variety of business interests and financial holdings. The main lesson the HBR advisors wanted to communicate was ‒ don’t take successful planning for granted, and review family traditions carefully before passing on a financial and business legacy.

They recommended considering the following factors when undertaking succession planning:

Where do values fit into succession planning for high net worth individuals?

Values fit in everywhere. Nearly every circumstance I’ve been aware of involving family legacies and real property has had deep personal implications for personal values and interests. The common question is: Can a high-net-worth individual pass on their values to succeeding generations as well as pass on business interests, property and money?

Perhaps we can learn from the legacy of one of the world’s most-famous entrepreneurs, Conrad Hilton. He left his personal fortune to the Conrad Hilton Foundation at his death in 1979. Hilton’s gravestone reads: “Charity is a supreme virtue and the great channel through which the mercy of God is passed on to mankind. Christmas is forever.” His son Barron also left the majority of his personal fortune to the Foundation, and now, Hilton’s grandson Steve leads the Foundation’s Board of Directors.

Today, many are unaware that other famous Hilton descendants, including Paris, Nicky and their father Rick, along with Rick’s brother Steve, the current Foundation president, among them received only 3 percent of Barron Hilton’s $2.3 billion legacy, with the overwhelming majority provided to the Conrad Hilton Foundation. Although the younger Hiltons are wealthy, they have earned their income primarily through their own businesses and subsequent investments. Anyone involved with the Foundation will say that the success of both the family and the Foundation is, in large part, owed to Conrad Hilton’s vision and values, established in 1919 with his first purchase of a hotel serving oilmen in Texas.

You may have trusted advisors and friends you’ve known for years. Their guidance and advice can serve as a valuable tool to learn about and consider different models and options for passing ownership of real property, money and businesses to your family. You will read countless articles about tax-planning strategies and encounter dozens of advisors eager to become involved in planning your succession.

I believe that the most successful family legacies have been passed on based upon deeply personal reasons. The factors that make a family close, happy and successful are the same factors that can guide succession planning for business and financial/real estate holdings. Even if you’ve got a two generation or longer tradition of passing on leadership, there’s no law that says an inheritance must pass to the eldest son. In 2016, Italian winemaker Piero Antinori received acclaim for passing on his Tuscan winery, Marchesi Antinori, to his three daughters equally. Albiera, Allegra and Allesia Antinori received joint leadership of the winery, with day-to-day operations overseen by Antinori’s long-time CEO, Renzo Cotarella. Antinori went into partial retirement, but didn’t cede all control. According to CEO Cotarella, “We talk about wine and the company three or four times a day.”

I recommend that you be open with everyone involved or potentially affected by succession planning. Talk openly with your family members about things that have worked well in the past or problems that may have arisen. If you’re the first generation of your family to achieve a high net worth, it’s even more critical for you to be open with your family members about how you view your legacy and how you would like to pass it on.

There’s also no reason to make a firm commitment to exact roles in succession planning. As the HBR wealth advisors pointed out, you may have younger family members whose talents haven’t yet emerged. Older family members may have changing interests and abilities as well.

Use traditional tools that serve all businesses well for succession planning

Business advisors have created tools that can work for succession planning for all enterprises, whether they’re family-owned businesses or S-corporations with thousands of employees. Organization charts help identify roles and responsibilities. From formal training to shadowing during a typical workday, you can orient younger family members to what you do and the work that needs to continue after you’ve retired.

Practical considerations for succession planning include:

Without considering how you’ll pass on your financial, business and real estate legacy, you not only run the risk of failure, but you actually may increase its chances. If this sounds far-fetched, some family fortunes may have seemed so great that outsiders often have assumed that their descendants were universally wealthy. Conrad Hilton ensured his family’s future success by endowing his Foundation and creating such a strong vision that three succeeding generations achieved independent success and continued his charitable legacy.

Learn from failures to guide your own succession planning

Others, I’ve learned, were not so fortunate. CNN’s Anderson Cooper is the sixth-generation descendant of Cornelius Vanderbilt, at one time one of the wealthiest men in the U.S. Cooper’s mother, Gloria Vanderbilt, parlayed her famous name into a designer clothing empire, but she reportedly told her son, “There’s no trust fund.”

Walmart’s Walton family control the world’s largest employer and are among the wealthiest individuals in the world, but before Walmart’s stores, A & P stores dominated the retail landscape across the U.S. A & P’s family owners, led by founder George Huntington Hartford, built the first nationwide grocery store chain. Grandson George Huntington Hartford II bankrupted the chain and, by the time of his death in 2008, had lost his entire fortune. The last A & P store closed in 2015.

Patricia Kluge now markets jewelry based in Manhattan, but she is regarded as Virginia’s most-famous former elite estate and winery owner. She met and married John W. Kluge in 1981, and by the time the couple divorced in 1990, Kluge was worth a reported $5 billion as the owner of Metromedia. As part of her divorce, Kluge received $1 million a year and the couple’s Virginia estate, Albemarle. Remarrying in 1999, she and her third husband established the Kluge Winery and Vineyard in Virginia. At first, the estate’s vintages were well-received, but Kluge borrowed heavily against her properties. Among many others, Kluge’s fortunes declined in the 2008 financial crisis. By 2011, the Trump Organization bought Albemarle and the winery at bankruptcy auctions for a fraction of their original worth.

Kluge’s tale, along with the others, is among many similar ones, all of which possibly could have been averted by careful financial management and intelligent succession planning. When I consider the strength of families like the Young family in Alexander Valley and Italy’s three Antinori sisters and their father, the crucial factors in their succession planning were far more personal than legal and financial. Paying attention to the people involved in your legacy makes all the difference in succession planning, I think. Finding reliable advisors comes a close second, but this, too, involves people skills and sound judgment.