To be more specific, Cabernet Sauvignon earned an average of $5,474 per ton with 19,365 fruit-bearing acres. 65,919 tons were harvested which comes out to 3.4 tons per acre. Conversely, the crop resulting from the Cabernet vines was greater than the Petit Verdot and Cabernet Franc crops, indicating that the repeated scarcity of these two varietals has diminished. 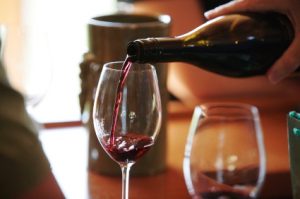 Chardonnay produced $31,228 tons at $2,469 per ton while Merlot produced 21,038 tons at $2,771 per ton. 3/4 of the overall production income consisted of Cabernet, Merlot and Chardonnay and 2/3 of the tonnage. Other popular varietals produced in Napa Valley include Zinfandel and Sauvignon Blanc.

The results for the wine grape crop production for 2014 should be interesting considering the extremely dry winter and repeated, scorchingly hot days. Did these weather patterns adversely affect the crops to the point where tonnage and actual income will drop considerably? Check back once the figures are in at this time next year!