Each day, countless wine enthusiasts traverse Napa Valley via an 18-mile rail network. Soon, commuters may gain access to the same network used by tourists, allowing them to travel up and down the area with ease. 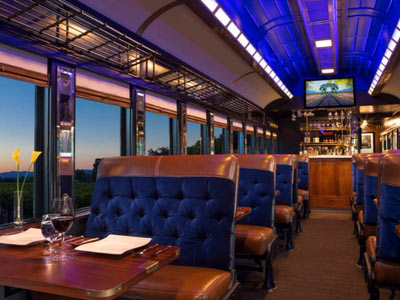 Last January, directors of the Napa Valley Wine Train revealed a pilot program that adds one or two commuter cars to the service’s existing fine dining and vineyard-hopping routes right between Napa and St. Helena. Initial plans for the commuter car project were detailed during a forum organized by the Train Riders Association of California.

Should plans push through successfully, this may signal the return of the passenger rail service to wine country after several decades.

The new commuting route for employees

According to Scott Goldie, one of the principal owners of the Napa Valley Wine Train, the commuter cars will be able to accommodate around 70 to 80 passengers per railcar. Each car will be attached to a locomotive. The new transportation option is designed for employees of tourism-related businesses and will be available for a single-round trip on weekdays, starting north of Napa to St. Helena and back again. Plans to install a single commuter car sometime this year are already underway.

Each trip between the two cities will take approximately 40 minutes. Traveling at a maximum speed of 25 mph, the railcars will mostly run along non-gated street crossings within the rural northern sections of the Napa Valley Wine Train.

Initially purchased by the Napa Valley Wine Train in 2016, there are five Southern Pacific passenger train cars that are currently in storage. These cars may be repurposed for the new project, which will cost around $250,000 to refurbish per car. Restaurants and wineries that are participating in the program would need to lease seats for at least six months. 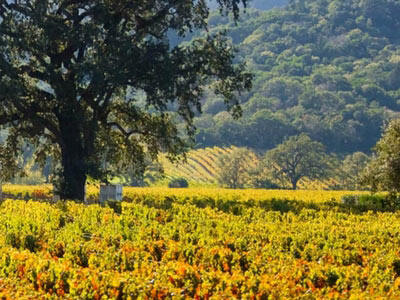 Although the Napa Valley Wine Train’s current service to Upvalley wineries is a separate entity from the region’s employment hubs, it offers insight into how a vital railroad can replace a significant volume of car trips.

For example, if you have around 20 to 30 people disembarking at a single stop along the Napa Valley Wine Train line, this already relieves the roads of at least 15 vehicles. While many might attribute this to the large volume of visitors, traffic studies reveal that a little less than 20% of vehicular traffic consists of guests.

Estimated daily traffic figures on the four-lane Highway 29, the valley’s main transportation artery, currently range from around 25,000 to 68,000 vehicles. Efforts like the planned addition of commuter cars to the Napa Valley Wine Train will certainly be a step towards minimizing the number of car trips throughout the valley.

If you’re planning to relocate to Napa and are looking for some of the best Napa real estate options and the finest homes for sale in St. Helena CA, you can get in touch with me at 707-738-4820 or send me an email at [email protected]