If you’re looking to buy a house this article will surely help you understand what the House GOP Tax Bill is and how it can affect you. Read on to find out what the house GOP tax law is and how it may affect your home buying decision.

On December 22, 2017, President Trump signed the GOP Tax Bill which slashes the corporate tax rate, decreases taxes for most US citizens but limits property tax deductions and mortgage interest deductions to new and pre-existing loans. The new tax cut is a move towards the country’s first tax revamp in over three decades.

Revealed to members of Congress on November 2, 2017, the Bill creates a significant impact on high-earning homeowners who are already dealing with increased property taxes in the Northeast and the West Coast. It also reduces the incentive for millions of residents across the US looking to purchase new homes.

Included in the Trump administration’s initial tax framework is the process of placing homeowners with a $70 billion annual tax expenditure by increasing the standard tax deduction by twice the amount. According to a report by The Wall Street Journal, the new tax reform law increases standard deduction rates from $12,700 to $24,400 for married couples, $9,350 to $18,300 for heads of household, and $6,350 to $12,200 for single residents.

The tax reform law reduces the tax rate on LLCs and other pass-through entities to 25%, although this only applies to passive owners, which leaves principal investors with a tax rate of 35%.

Are there any deductions that will be eliminated under the new tax law?

The new tax law will limit two popular deductions, which affects Americans residing in expensive or highly taxed states such as California, Vermont, Maine, and New York. Mortgage interest deduction and deduction for state and local taxes are the two deductions that are most affected.

Below are several other notable changes:

What are the changes to my tax bracket?

The new tax law made sweeping changes for both businesses and American taxpayers. However, the number of brackets remained the same at seven. Below are the federal income tax brackets in 2018 for single and joint filers:

Benefits of the GOP Tax Bill for families 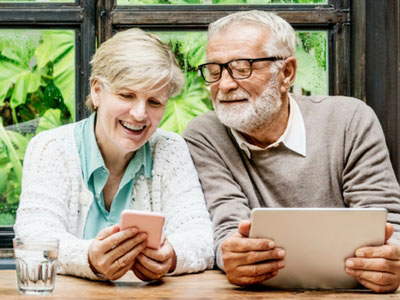 Standard deductions will increase to $12,000 for single residents and $24,000 to married couples – twice the amount of current standard deductions. Also included in the law is the increase of child tax credit from $1,000 to $1,600.

It will also provide a $300 credit for spouses and non-child dependents. Child welfare advocates however, state that the measure isn’t enough to help children, as it can affect significant investments in healthcare, education, and social services for millions of families which greatly rely on them.

Despite these notable changes brought about by the Tax Bill, I can still help you find the perfect luxury Sonoma or Napa real estate. You can reach me at 707-738 4820 or send me email to [email protected]