Having experienced the violent, 6.0 earthquake that hit Napa Valley at 3:20 a.m. on August 24th, the answer to this question for me is a resounding “yes!”

I was wide-awake when the quake hit. It felt like my new home had come off the foundation and was moving back and forth by a foot or two. Miraculously, not one thing in my home, inside or out, moved an inch.

Unfortunately this was not the experience for many residents of Napa, Yountville and Oakville. Many people lost everything in the quake – their homes were trashed and commercial buildings in downtown Napa suffered severe damage while gas and water lines broke. The estimated damage is approximately $1 billion.

Here on the west coast, where earthquakes are prevalent, 10 percent of homeowners have coverage, down from 22 percent a year ago. In California, about 12 percent have coverage, according to the California Earthquake Authority – the largest market share writer of earthquake insurance.

Even with a notable increase in earthquakes, homeowners are still apprehensive to make the purchase. The primary reason is the high deductible and high premiums.

The deductible is typically 10-15 percent of the amount you are insured for. The coverage is the amount you insured your home for, not the replacement cost. Standard earthquake insurance does not cover additional buildings such as guest houses, garages, barns, pools or landscaping and some policies do not include demolition costs, mortgage after incident costs or relocation costs. 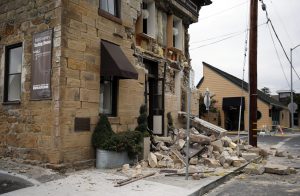 When determining whether or not earthquake insurance is worth it, consider the following questions:

Typically, earthquake insurance covers damage to your home and your possessions. Most policies also cover costs incurred to minimize further damage after the earthquake and minimal costs for additional living expenses.

The cost of earthquake insurance varies, depending on the scope of coverage, type of structure and your location (e.g., in an earthquake zone). Coverage can be purchased as an endorsement to your existing homeowner’s insurance or as a separate policy.

All insurance policies have exclusions. Some of the most common exclusions in earthquake insurance are the following:

Fire. Earthquake insurance doesn’t protect your home against fire, even if the blaze was caused by the earthquake. Your standard homeowner’s policy covers that. 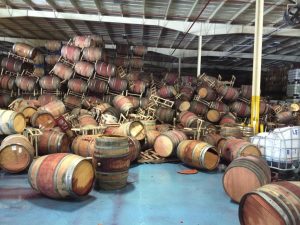 Flood. Earthquake insurance does not cover external water damage, such as sewer or drain back-up, flood or tsunami. You will need flood insurance for that.

Exterior Siding. Some earthquake insurance companies do not cover the replacement of masonry veneer – brick, rock or stone that covers the outside of your home.

Purchasing Earthquake insurance is a decision every homeowner should entertain, given the potentially devastating repercussions.

Recently, the U.S. Geological Survey updated its seismic hazard maps for the first time since 2008.