As more residents and businesses look for solutions to seek refuge from tax hikes, affluent cities across the United States such as San Francisco and New York could potentially experience a sizable population decline. 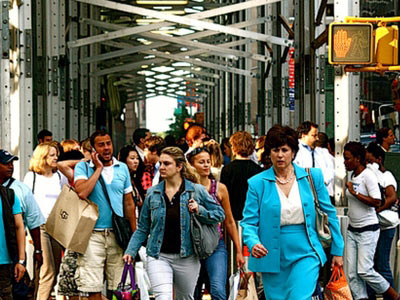 In an interview with CNBC’s “Power Lunch,” Glenn Kelman, the CEO of Redfin, says technology giants, such as Amazon and Google, are currently seeking ways to ease away from Silicon Valley in California, mainly due to the upcoming US tax reform. Homeowners and businesses alike are fleeing costly cities, including San Francisco, and may be on the move to more affordable ones, such as Denver, CO or Houston and San Antonio in Texas, which could all see significant growth in the next several years.

Kelman, however, still believes coastal cities will remain sought-after places to live. “We’re not going to see an evacuation of San Francisco, but you are going to see a lot of people moving to other places,” he told CNBC.

In the interview, Kelman explained that the country’s technology hub could potentially relocate to somewhere other than Silicon Valley in the near future. “Silicon Valley is going to leave Silicon Valley — that’s already happened,” he says.

Today, many tech company employees are looking for more affordable housing options outside of coastal cities. This is a good indicator that companies like Google and Amazon could soon follow.

Cities located in Middle America will likely experience a boom in both residences and businesses, making them sought-after locations for affluent homebuyers.

The housing shortage in Silicon Valley

Silicon Valley’s current housing shortage has rendered sub-$500,000 homes for sale virtually non-existent. Furthermore, the demand for multi-million dollar homes largely exceeds supply: there are reports of buyers paying over $1 million on top of the asking price to live in a home in an affluent neighborhood.

The snowball effect and its impact on startups

In a study conducted by the Silicon Valley Competitiveness and Innovation Project, residents of Silicon Valley are now leaving at a faster rate than they’re arriving, which is a significant factor for the tech industry since around a quarter of jobs available locally are in the tech-related industry.

This could pose a major problem, especially for tech startups. Should their engineers relocate, the potential talent pool will be depleted. Top programmers are always in high demand in Silicon Valley. Therefore, it will become increasingly difficult for startups to fill job vacancies.

The next digital frontier?

According to Kelman, even tech leaders like Google now have more employees living outside Silicon Valley than they do within the technology hub. “If Google can’t afford Silicon Valley, then no one can,” notes Kelman.

While California is currently the leader when it comes to trends and innovation, it may already be on the decline. Other cities, such as Houston and Denver, are currently on the rise and are next in line as the country’s future digital hubs.

Another city which could likely attract more tech workers previously from the Bay Area is Austin, which has already been visited by tech industry professionals for years.

If you’re looking for the latest buzz in Napa real estate or exclusive access to the best Sonoma real estate listings, you can get in touch with me at 707-738-4820 or send me an email at [email protected]