I continue to hear so many things about Bitcoin, as I’m sure you do as well, so I decided to do some research on the cryptocurrency to answer the question: “What is Bitcoin?” I also wanted to find out how this digital form of money works. It turns out that this type of currency has many interesting uses and a fascinating and somewhat mysterious founding history.

First: What is Bitcoin (BTC)? 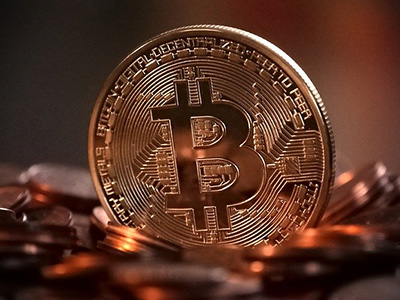 Bitcoin (BTC) is a form of electronic or digital currency. Just as email is electronic mail that is transmitted via a local network or the internet at-large, so is this type of money stored virtually and transmitted via digital signals. BTC is traded or sent directly from one person to another without a bank intermediary. It uses peer-to-peer electronic cash transactions.

Records of transactions in BTC are maintained separately from central banks. The records of BTC balances and transactions are kept in a public ledger that anyone can access. The public transaction ledger is maintained using blockchain technology.

Bitcoin is the earliest and remains the best-known digital currency. You will find digital currencies are called “cryptocurrencies” because of how their value is secured. Instead of being a government-backed form of money, also called fiat currency, BTC is not affiliated with any government. Instead its value lies in the fact that it is secured by encryption (cryptography) and kept on ledgers that are part of a massive decentralized network of individual computer users, also called “miners.”

The intent behind the system is to create a form of currency that will be nearly impossible to counterfeit or double-spend. BTC is also intended to exist independently of any central government authority, making it much less susceptible to currency manipulation.

What is the history of Bitcoin?

Part of the “mysterious” nature of this type of cryptocurrency relates to its founding. The website Bitcoin.org was registered anonymously in August 2008. About two months after this in October 2008, a white paper titled “Bitcoin: A Peer-to-Peer Electronic Cash System” was circulated around the internet. The author of the paper is Satoshi Nakamoto, but this is a pseudonym. There is no real Satoshi Nakamoto. This strange mystery may be one of the main reasons that many people believe this cryptocurrency is affiliated with criminal enterprises or in other ways, is a less-than-legitimate financial tool.

The first actual Bitcoin code was published January 3, 2009. The coins are made available through an autonomous software program. Individuals “mine” bitcoins by performing calculations using their computing power to add “blocks” to the blockchain that verifies and protects the units of currency. When “Nakamoto” set up the system, he limited the currency to a total of 21 million units (BTC).

As of June 2020, BTC “miners” that perform the calculations and complete the blocks receive 6.25 Bitcoin per block that they mine, worth about $60,000 at current values. Since the first coin was mined in 2009, over 80% have been mined, amounting to a total of more than 18 million. About 1800 coins are “mined” each day now, but the process will slow, and only 21 million total coins will ever be released.

Businesses began to accept Bitcoin as trade in 2010, and one of the first purchases made was a pizza. The amount of coins the owners spent on the pizza is reportedly worth $100 million today.

Early adopters Cameron and Tyler Winklevoss reportedly own 1% of the coins available today. The cryptocurrency’s highest value per-coin reached nearly $20,000 in 2017, but the cryptocurrency has seen its values in US dollars rise and plummet many times since its beginnings in 2009. Bitcoin opened 2020 at approximately $10,000 and remains around that level per-coin as of mid-year.

How does Bitcoin work? What are the reasons behind it?

According to the introduction to the original “Nakamoto” white paper, “Commerce on the Internet has come to rely almost exclusively on financial institutions serving as trusted third parties to process electronic payments. While the system works well enough for most transactions, it still suffers from the inherent weaknesses of the trust based model.”

The white paper further notes, “payment uncertainties can be avoided in person by using physical currency, but no mechanism exists to make payments over a communications channel without a trusted party.”

“Nakamoto” intended this system to provide secure, verifiable transactions between individuals using the internet and encrypted communications. Once a transaction is complete, it is stored in the blockchain and public ledger. These ledgers have a public key that is available to anyone. The currency owner will also have a private key that must be kept secure.

Trading in BTC is facilitated by an exchange or via an intermediary service or brokerage.  Bitcoin.org itself says, “exchanges provide highly varying degrees of safety, security, privacy, and control over your funds and information.” Once you purchase your cryptocurrency, you need to store it in a wallet. The majority of the wallets are virtual, and some of them offer services for new BTC owners as well as experienced owners. In addition, there are hardware wallets, which are physical devices. Mobile phone wallets are available for Android and Apple devices, and desktop computer wallets are available for Linux, Apple, and Windows operating systems.

Is BTC the only available cryptocurrency?

Not at all. Although BTC is the best-known digital currency and the Winklevoss twins recently told an international cryptocurrency forum that it is an investment superior to gold, Investopedia reports that there are over 2,000 forms of cryptocurrency in addition to BTC.

Litecoin (LTC) is another BTC alternative, and is currently the 6th largest cryptocurrency in the world. Other alternatives include Ripple, a global settlement network that enables real-time cross-border payments. Ripple was only worth 21 cents (USD) per token in January 2020, but it is considered to be a promising alternative coin by some traditional financial institutions.

And, in 2018, Facebook announced that it was creating its own cryptocurrency called Libra (LIBRA). LIBRA’s source code was published June 18, 2020, but it has limited functionality and some industry experts predict that Facebook’s cryptocurrency may never be released to the public in its proposed form. Facebook’s digital wallet, Novi, is set for November 2020 release.

What is Bitcoin good for?

If you’ve ever tried to purchase something in a nation that isn’t strongly connected to the international banking system, you know one problem that BTC can solve, by greatly reducing international currency trading fees. It also reduces or eliminates many other fees associated with banking and currency use.

I’ve spoken with a few people who are suspicious of the cryptocurrency and believe that it’s exclusively associated with nefarious and underhanded dealings. They may have heard that BTC was used for transactions on the anonymous Silk Road Dark Web site, an illegal drug marketplace which was shut down by the FBI and Interpol.

You can be completely anonymous in a BTC transaction. None of the information that we routinely provide for US bank accounts, mortgage loans, and credit card transactions is necessary for cryptocurrency transactions.

BTC can be very discreet, and it can also be used directly from peer-to-peer. This is its originally-envisioned use. This form of digital money offers the potential for direct transactions without a third party directly verifying them. And, once a BTC transaction is complete, it can’t be reversed. The blockchain system acts to stop fraud or duplication of payment, just as the original and mysterious Bitcoin founder Satoshi Nakamoto envisioned.

In addition, cryptocurrency earnings are taxable in the same manner as capital gains on real estate investments, stocks, or buying gold or other precious metals. If you have been paid in BTC, then, for tax purposes, you declare the cryptocurrency’s value as of the day you file your taxes. If you merely buy BTC with U.S. dollars, the transaction is not taxable. But if you achieve capital gains when you later sell the BTC, then the gains are taxable. If you complete a real estate transaction using BTC, then any gain or loss incurred during the transaction should also be recorded on tax returns. Some investors use tax loss harvesting to reduce their taxes if they’ve incurred losses in BTC during a particular tax year. While Bitcoin may have once been used for illegal transactions, today it is a form of investment, is part of the tax structure, and has many legitimate and worthwhile uses.